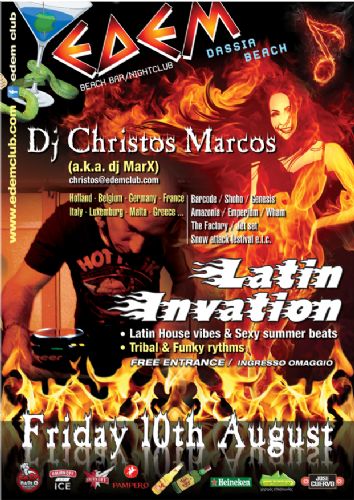 Christos Marcos (a.k.a. dj marX)
Has been playing all around Europe at places like: